The Gut Club’s first public work was an invitation to a talk on the effects of economic austerity on art practice. They sourced the ingredients of a soup within central London with the limitations that they couldn’t use shops or money. More importantly they prepared, cooked and served the food as their talk – they spoke directly to the nose, mouth and belly – with the smells, tastes, textures and temperatures. It was polished off and created extraordinary reactions within the context. 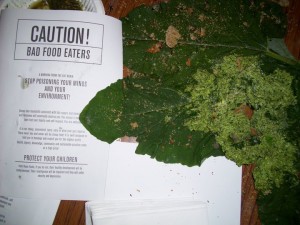 For the Gut Club, the stomach, intestine, liver and kidney, urinary tract and colon –the enteric nervous system, ENS, – is the original brain. The production, processing and imbibing of food is the absolute centre of cultural endeavour; its fundamental importance makes it invisible.

The core practice is the performance of preparing and serving food, which is staged in various contexts; fields, pubs, galleries, streets. This performance extends, with varying levels of audience, into hunting, foraging, gutting, butchering, pickling, juicing, brewing and baking. It also extends into the politics of food in the form of manifestos, posters, film, installation and sculpture.

Joel Gray and Nick Simonin are the Gut Club. Membership is open and flexible and draws on many collaborators, artists, curators, writers, musicians, actors, gardeners, foragers and butchers.

The Gut Club took part in TINATA with: “The Primitive Palate” in April 2012

This entry was posted in Artists and tagged bio, profile, The Gut Club. Bookmark the permalink.