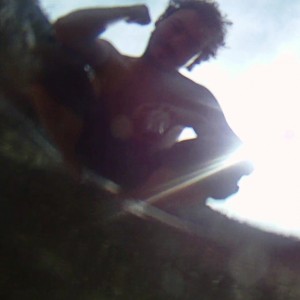 Alfonso Borragán, multidisciplinary artist. Born in Santander. Lives and works in London. He studied his BA at St. Jordi University, Barcelona and complement his formation with a MFA at Slade School of Fine Arts, London.

He has chosen the world of art as it is the channel which best allows him to express and develop his ideas.
He is only interested in art which provides a vehicle for an experience. He creates structures that are born to be consumed becoming experiences in themselves that seek to change in some way the perception of reality, interfere in it or simply imagine it. He devises situations and artifacts that broaden perception both physically and in an experiential sense. His art only exists on a symbiotic level, intrinsically connected to man, an organic work that only comes to life through him and disappears with him. His creations are consumed with the experience, which at times dilates the work and expands it through oral transmission, the source of human growth, the communication of stories and memory. He experiments with matrices of freedom that spark the magic, the illusionism of the hidden, playing or alchemy, as he locates and constantly reseeks the place where events take place: in the rituals of eating, the paganism of a feast, the calm of the Alp, the movement of a river, among tree-tops.

This entry was posted in Artists, Uncategorized. Bookmark the permalink.